We Almost Lost Her 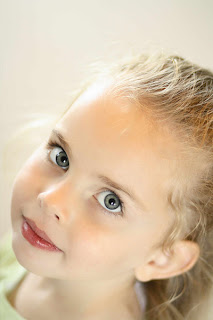 Greg quickly replied, "Genevieve's breathing.  She went under.  They're transporting her."


At that moment, one of my biggest fears was unfolding.  One of my children has nearly drowned.

I hung up the phone and ran out the door.  My oldest daughter, Cheyenne, followed.  As soon as we stepped outside, the eerie sounds of the emergency vehicles cut me to the core knowing they were coming for my daughter!

Our community pool is in the next subdivision.  The two subdivisions are joined by three miles of walking trails.  I was desperate to get over to the other side before the ambulance left.

Cheyenne and I jumped into the van to get there quickly.  It wouldn't start.

"Father, please help me get there!"  I prayed.

There was no time to waste.  I jumped out of the van and ran across the street to ask my neighbor, Rosemary, to drive me to the pool.  Before I reached her door, Cheyenne yelled to me that she was taking the trails, and took off running.  For a split second, I thought about doing the same, but didn't think I'd make it in time.

Rosemary and her husband Gary rushed me over to the pool.  It took about five minutes from the time I pounded on their door.  Just as we rounded the corner to the pool, I saw the ambulance pull out of the parking lot.  Frantically, I asked Gary to stop so that I could flag down the ambulance.  I couldn't bear the thought of missing it and not being with my baby immediately!

I remember the picture in my head of people gathered outside their homes, watching all of this unfold.  They must have been heart-stricken watching this mother desperately try to flag down the ambulance that carried her baby.

As I was running alongside the ambulance yelling and waving,  I hit the side of the vehicle with my fists, finally getting the driver's attention.  He stopped and waved me to the back.

I made it.  Praise God I made it!  I climbed in and my husband jumped out and said he'd meet me at the hospital.

"Bring the baby", I said in a frenzy.  And off we went, full speed with lights flashing and sirens blaring.

The ambulance ride was surreal.  I was so relieved to be with Genevieve, yet in disbelief that we were in the midst of this near tragedy.  Genevieve looked pale.  She was quiet and unresponsive.  But she was alive.  Thanks to her daddy, she was alive.  I leaned down to her ear and just prayed.  I told her I loved her, and I sang to her some of her favorite nursery rhymes.

The paramedics tried twice to get an IV in her, but were unsuccessful.  However, the poking and prodding got Genevieve crying, which was a good thing.  Crying meant breath.  It meant responsiveness.  It meant life!

By the time we arrived at the hospital, she was stable.  Her O2 sats were low and she was "grunty", but she was doing well considering.

As we settled into the emergency room, our sweet nurse friend, Stephanie, walked in.  She was on duty at that hospital.  She had heard the news through our pastor's wife and came to check on us.  What a comfort that God provided us.  One of our most precious friends...on duty...and by our side.  She even stayed with baby Amelia so Greg and I both could go with Genevieve for the CT scan and X-ray.  By the time we got back from the tests, our pastor was there, as well as several other friends who came to comfort us and pray for us.  Word spread quickly through our church e-loop, my home school e-loop, and Facebook.  The power of networking at its finest.  People all over were praying for our daughter and asking how they could help us.

God answered our prayers, all of the tests came back normal.  Praise God!  Genevieve would need to stay overnight for observation....but that was it.  Our baby was fine.  God had spared her life.