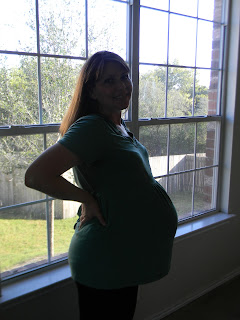 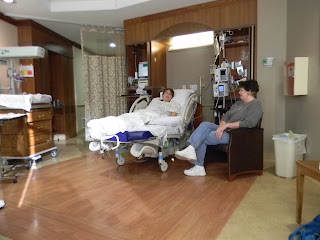 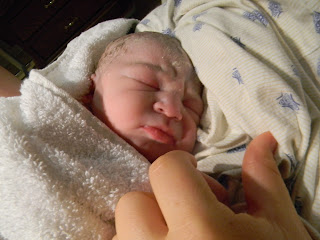 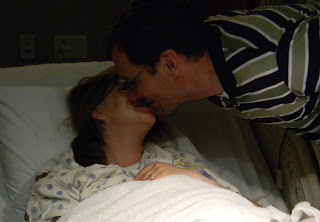 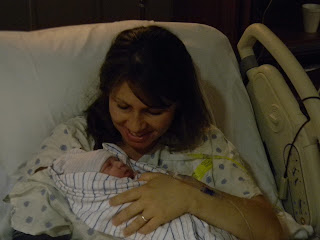 At the end of the year we turn with eagerness to all that God has for the future, and yet anxiety is apt to arise from remembering the yesterdays. Our present enjoyment of God’s grace is apt to be checked by the memory of yesterday’s sins and blunders. But God is the God of our yesterdays, and He allows the memory of them in order to turn the past into a ministry of spiritual culture for the future. God reminds us of the past lest we get into a shallow security in the present.
Oswald Chambers
Posted by Candace/Chloe at 6:51 AM 5 comments

I've never been a huge fan of my blog "look".  I spent hours trying to customize it, but never really achieved what I was hoping for.

So on a whim, I thought I'd change things up a bit.  I still don't looove it, but it's something new.  Maybe someday I can hire a designer or invest the time to learn design myself.  However, I had fun changing some elements and I'll probably even play around with it a little more.

In addition to a new look, I also added my labels on the sidebar.  Just scroll down a bit and you'll see all the categories on the right.  This will help significantly with navigating my blog.  And on a cool note, changing the template has helped my page to load much faster now.  Hooray!

So what do you think?  Do you have any design ideas for me?
Posted by Candace/Chloe at 2:51 PM 7 comments

You may remember in my last post when I said I was going to drag my family to our neighborhood trails to finally get family photos.
Well, I did it!
Saturday evening, I decided that after church on Sunday, we would get some family photos.  I knew my married daughter, Cheyenne, was coming over for dinner, so all 10 kids would be present.  In addition, the kids would be presentable since they would have their church clothes on already.  A two for one deal.  ; )
So after naps, we took our brood to the trails and did our best to get photos.  Can you believe it was 80 degrees on Sunday, and that we actually got eaten up by mosquitoes?  Crazy!
While there isn't a single photo where every kid is looking at the camera, or someone isn't sporting a goofy face or squinty eyes, I love them all!  And I'm so glad we just went out there did it.  I know that in the years to come, I will look back at these and laugh at those sweet goofy faces, and wonder where the years have gone!  And I will be so thankful we took the time to do it.  And that makes this photo shoot a success...goofy grins and all!  I hope in the near future we can get professional photos done again, but until then, I will treasure these!
I posted one photo from each set.  Here they are! 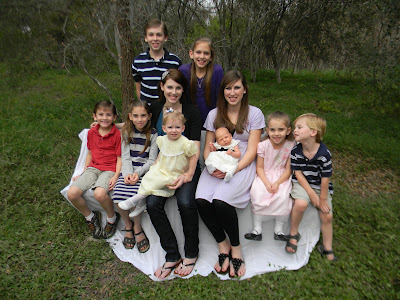 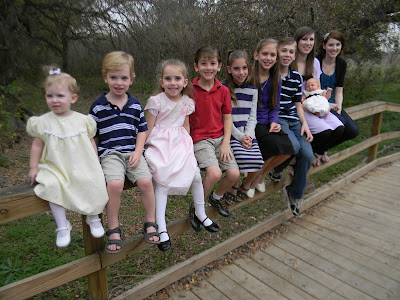 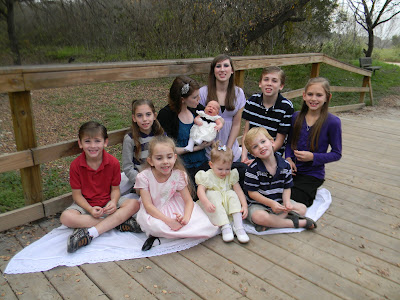 Another on the bridge 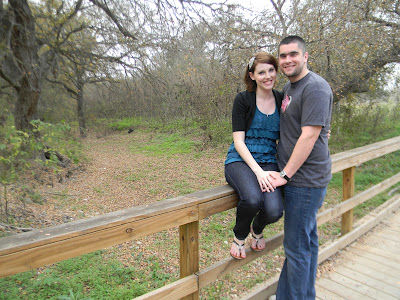 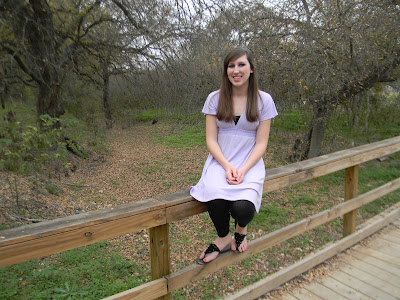 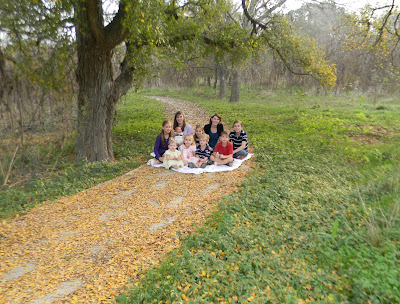 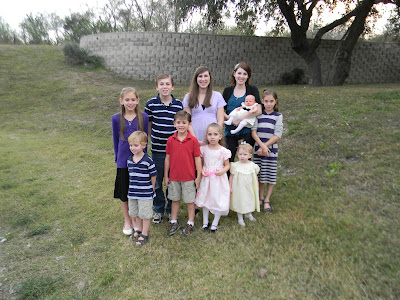 The pond shot....what?  You see no pond?
Yeah, so I posed everyone next to the pond (which is to the left).  This was our last set before calling it a day.  Everyone was hot and cranky, so when I realized the pond wasn't actually in the shot, I just went with it.  Otherwise, everyone would have thrown rocks at me if I dared re-pose them AGAIN!
And speaking of photos, have you entered my Shutterfly Giveaway yet?  Click here to enter.  The giveaway app takes a few seconds to load, so I didn't want you to think it wasn't there.  Deadline to enter is Friday!
Good luck!  :)
Posted by Candace/Chloe at 8:59 AM 9 comments

Our Family Photo Plight (and a Giveaway)

I don't know about you, but trying to get a family photo is an exhausting job. Even the thought of it overwhelms me!

There are clothes to gather, hair to fix, poses and locations to consider. Then, there's trying to get everyone to smile, get the little ones to be still, and get the baby to not spit up all over her outfit!  Sometimes it's all just too much!

The proof of my plight hangs on our wall in the family room. Our last family photo was taken SIX years ago. Oh, the shame of it all!  We've had FOUR children since then!  Thankfully, we did get a wonderful photo of our nine children at my daughter's wedding.  (Somehow, we missed the photo that includes mom and dad!)  But now, with sweet baby Grace here, we're behind again! 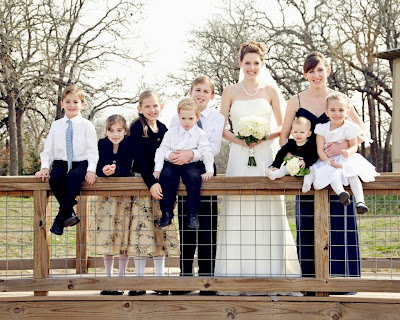 After being inspired by some of my bloggy friends and Shutterfly, I've decided to take the plunge again. I've realized that I don't have to go to the ends of the earth to get a family photo. We  don't all have to have coordinating outfits or a pricey photographer.

I am simply going to drag my kids, with my trusty inexpensive camera, out to our walking trails and get some shots in front of the beautiful oak tree, or on the rustic bridge, or in front of the pond. I'm just going to DO IT!  We'll make do with what we have, and not make it bigger than it needs to be!

What's important is capturing the NOW of our family!

We're much better at getting candid shots of life.  Well, sometimes.  Maybe.  Anyhoo, Shutterfly has a wonderful video showcasing many ideas for a great family photo as well as candid shots.  So, even if you don't get that whole family photo you hoped for, you can 'collage' your candid shots onto a beautiful card.

Are you inspired to get out there and take a family photo?  If not, I've got a great Giveaway to really motivate you!  I am giving away a $50 Shutterfly credit.  How's that for inspiration?

There are several ways to enter.  Begin below.  The Giveaway ends December 14th.  Good luck!

Be sure to also enter Shutterfly's Cardworthy Sweepstakes, which runs through the 9th, so hurry!


*This is a sponsored post.  All opinions are my own.
Posted by Candace/Chloe at 5:25 PM 14 comments