Do you all think that Covenant of Grace can pull this off next year? How fun!!! Be sure and check out all of the photos. Aside from the gorgeous costumes, my favorite pic has to be the one of the stocks, which were reserved for those who tried to sell "indulgences". Too cute!
Posted by Candace/Chloe at 6:45 AM 11 comments ......by the sick bug, that is! Just when we thought we had escaped it, IT got us......well some of us! Ethan, Chloe and Sophia are all croupy with slight fevers. Last night, we had to take Ethan to an Urgent Care clinic because he was having some breathing difficulty. After two breathing treatments and an oral steroid, he was back to his mischievous self. He slept well until about 3am and then began wheezing again, but not as severe. He's doing well this morning......we'll just keep an eye on him. Sophia seems to be getting over it already and Chloe seems to be in the thick of it. We're hoping and praying that everyone will be well by Wednesday in time for our Reformation celebration at church.

And to just second what Tami said about Little Spurs Pediatric Urgent Care , they were wonderful! We had been there before about a year ago, and had a good experience, so we were definitely willing to go back rather than deal with an ER. Anyway, they were a bit busy but because Ethan was having breathing issues, they immediately took us back to at least get his O2 sat checked, which was what we were concerned about. Since it was 97, they sent us back out to the waiting room. While we waited, his breathing got worse. By the time it was our turn, his O2 saturation had dropped so they began a breathing treatment immediately. We got to the clinic about 8pm and didn't leave until 11:30......the clinic closed at 9pm. Although I'm sure they're used to staying after hours, it was their cheerful spirits (that late at night after a long day) and their care for Ethan that really made us feel good about being there. Another neat service is that you can register on-line before you go (which is what we did) to avoid a lot of paper work once you get there. All we had to do was sign our name and give them our insurance card. Much quicker and much easier when you have a sick child. So, if you live in San Antonio and want to avoid the ER, I highly recommend this clinic!

Hoping YOU all are well and having a great day!

Photo Credit
Posted by Candace/Chloe at 8:55 AM 7 comments

We've had a very busy morning.......actually, it began last night with the deep cleaning and weeding out of Seth's room/closet. It's amazing how fast that boy's room can clutter up. This morning, the girls and I began another session of REorganizing and swapping out seasonal clothes. I wish this was a semi-annual event for us, but it seems as if we have to do this at least quarterly! I hate clutter so whenever the house starts to feel crowded or unorganized, it's time to declutter. We filled up a huge garbage bag of "goodwill" stuff, which may not seem like a big deal, but considering we filled about EIGHT bags just two months ago, filling another bag was a surprise. Now all of the rooms are in order and the closets and drawers are thinned out and very accessible once again! We also went through our baby bins and put away things Ethan has grown out of and reorganized those bins! Ahhh, it feels so good to have all of that done! Now for the downstairs.....

Okay, I have to admit I'm getting a little nervous about our house selling.....uh......not selling. All along, we have felt strongly that whether it sells or not, God's in control, He has a plan, and we want what He wants. Well, we still feel this way.......it's just gotten a little more tempting to REALLY want to move into the new house. A couple of days ago, our loan guy called and said we may be eligible for Texas Vet. Well, we didn't think we would be eligible because we thought you had to enter the military or exit the military as a Texas resident. To our surprise and joy, that's not the case. SO, what this means is that we were able to get an insanely low interest rate (and we had a low one to begin with) which would reduce our payment even more! It would be a bummer to miss out on living in this very spacious home located in a beautiful area for about the same as what we're paying here. BUT.......like I said, as great as it sounds, God has already gone before us and knows what's best for our family! We trust HIM, not us! If ya think of us and our house situation, would you please pray that God would bring a buyer (we have about a month to get a contract going), or that we would accept graciously and contently not moving into the house we're building! Thanks!

Fall is in the air!!! With the cooler temps sticking around, the sounds of Psalty's Christmas Calamity playing in the background, and the smell of Chili simmering away in the crock pot, it's definitely feeling like fall!

The reality of a firefighter is that it doesn't matter if it's a weekend or Columbus Day or Christmas, if you're scheduled to work, YOU WORK. Well, our reality this year is that Greg has to work on Christmas day. He is trying to see if any of the single guys are willing to trade him Christmas for New Year's Eve, but so far, no luck! I really can't complain though because Greg has been blessed year after year by having Christmas off. The worst we've had it was when he had to work four Thanksgivings in a row. Well, FOR the last four Thanksgivings, the other shift has had to work. It will happen again this year! So, like I said, I can't complain too much that Greg has to work this year for Christmas. We'll just celebrate on Christmas Eve and plan fun activities for the kids on Christmas. Another blessing is that we can go to Greg for Christmas! It's so neat that we can go to the station any time we want to visit him......like we'll be doing tonight for dinner! And, to remind me to be even more thankful....Greg is just at work, down the road......not in Iraq or some other dangerous place. Perspective is a wonderful thing! ;-)

Wow, I can't believe I'm nearly 30 weeks along in pregnancy. The time has really flown by! I have begun my two week appts with my midwife and we're trying to mentally prepare for the home birth. The only thing that could make this easier is by knowing where I'll be giving birth! This house or the new house? Hmmm......

And finally, I should be out of this boot as of Monday! I'll cry if the doc says I have to leave it on! Okay, so I won't really cry, but you know what I mean! I'll let ya know....

I guess that's it for updates. Better get back to work!
Posted by Candace/Chloe at 10:41 AM 6 comments Just had to share my enthusiasm regarding the much cooler weather today.

A front is coming through the region and bringing along with it wind, rain and COOL temps! YIPPEE!!! It actually feels like fall today instead of spring or summer.

I'm looking forward to schooling today because there's just something so comforting about looking out the window at the wind and rain knowing we're safely nestled in the warmth our home. We don't have to send our little ones out there to stand on the corner to wait for the bus or walk to school in the wind and rain.

Yes, I know....I survived doing this very thing growing up, but on days like this, I'm just thankful they're here with me!

Have a wonderful FALL day, my friends!

Photo Credit
Posted by Candace/Chloe at 6:48 AM 7 comments 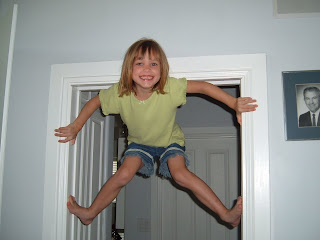 She's our little girl who is already thinking about when she'll turn 8, then 12, then "be big" like Cheyenne! She's also our first child (at such a young age) who is already talking about "when she gets married........" and to WHOM she will marry! This is new for us as none of the others have worried/dreamed about this so early. We simply remind her that she needs to enjoy being a kid and that God already knows who she will marry, so she doesn't have to worry about that now!

Sophia is a ball of energy and always has a smile on her face! And while she LOVES to be rambunctious with Seth, her favorite thing to do is play dress up......she loves to pretend to be a princess! She also loves to color! When she gets up in the morning, it's the first thing she'll ask to do, and any time there's a free moment throughout the day, she'll ask to color!

In school,  math is her favorite subject!

She's our little Beauty and we're so thankful for this little girl who brings so much joy to our lives!

Happy Birthday Sophia!
Posted by Candace/Chloe at 7:09 AM 12 comments

Read this sweet little poem on a friend's blog and had to share it!

Some houses try to hide the fact that children shelter there,
Ours boasts of it quite openly, the signs are everywhere!
For smears are on the windows, little smudges on the door;
I should apologize I guess For the toys strewn on the floor.
But I sat down with the children and we played and laughed and read,
And if the door bell does not shine, their eyes will shine instead!
For when at times I am freed to choose the one job or the other,
I want to be a homemaker, but first I'll be a Mother"!

This is what I found in the garbage today shortly after dinner. Did I mention they were FULL, UNopened cans?


I don't know how she did it, but my midwife, Janet, was able to get my insurance company to verify that they would completely cover MY HOME BIRTH! Woohoo!

Thank you Father for answering our prayers and allowing us to do this without the worry of incurring debt! We thank you for Janet and all that she does! May you bless us with a safe and wonderful birth.......at home!
Posted by Candace/Chloe at 3:02 PM 12 comments 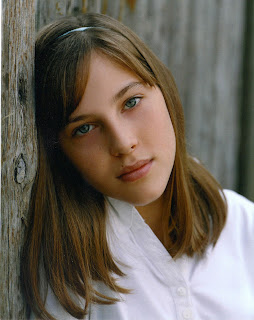 On this day, fifteen years ago, I gave birth to a beautiful 6 lb 2 oz baby girl. She came into this world at 3:16am in Huntingdon, England. We knew from that moment on that she would bless our lives more than we could imagine.

Now, fifteen years later, we're left wondering how, we as parents, could be so blessed! For those of you who know her, I'm sure you would agree that she is pretty much a parent's dream (by God's grace)! She is a young lady full of grace, full of love, full of kindness, and filled to the brim with love for her family and most importantly, for her Lord!

We continue to pray that she will only grow closer to God with each coming day and grow in her desire to serve Him for the rest of her days!

We love you, Cheyenne, and thank the Lord for allowing us the privilege of being your parents for fifteen years!  Happy Birthday, baby!

I will praise you, for I am fearfully and wonderfully made;
Marvelous are your works,
And that my soul knows very well.
Psalm 139: 14

Posted by Candace/Chloe at 8:24 AM 9 comments