Standing for Life in Texas: SB1, HB2, a Car Accident, and a Rally

Sunday night, my friend Donna and I (and Grace) traveled to Austin, Texas to be a part of the historical bill, Senate Bill 1, also called The Fetal Pain Bill.  This bill proposes that abortions cannot be performed after 20 weeks of pregnancy due to the pain the baby would feel during the procedure.  Texas law currently prohibits abortion past 24 weeks unless the life of the mother is in danger (though, we all know how loose that term can be).  The bill also states that abortion clinics must come up to ambulatory surgical center standards, thus making them safer places for women.  Finally, the bill mandates that abortion doctors must have admitting privileges to a hospital within 30 miles of the abortion clinic.  Again, making it safer for women who may be involved in a botched abortion.  This bill not only protects the lives of the unborn, but also protects women....something the pro-choice folks are supposedly fighting for, yet oppose this bill vehemently!


This photo of Grace and I landed on the Texas Right to Life Facebook page.  I don't usually post unflattering pictures of myself, but the reason behind the photo is more important than my vanity.  My friends Donna, Charity, Lenee, and Grace and I were up early to be in line by 7am so that we could register to testify before Senate, as well as register our position on Senate Bill 1.  We stood in line for two hours before registration began.  This was taken by Texas Right to Life while waiting in line.

﻿
It was quite an experience testifying before Senate.  And what a privilege to be heard by the people who have the power to change state law.  We did a LOT of waiting, but when it was finally my turn, I challenged the senators to watch a video I saw years ago called The Silent Scream.  It's an ultrasound video of an abortion being performed on a 12 week baby.  It is the most horrific video you will ever watch.  I won't go into detail here, but as soon as the suction instrument hits the baby, his mouth opens wide to indicate a scream.  The Silent Scream!  This baby was experiencing the pain that so many argue is not possible.  My heart is breaking at this very moment just thinking about it.

*You can watch the video here, but let me warn you, it is graphic and NOT to be watched by children.  It will change you for sure (especially if you are post-abortive), so proceed with caution!*

You should have heard some of the testimonies from the people who are against this bill.  If you've ever doubted our human depravity, just sit in on an abortion hearing.  Friends, WE. NEED. JESUS!  One young man said that the "sovereignty of his own body was more important than the pain a baby would feel during an abortion."  WE. NEED. JESUS!  Another young woman said that she was thankful that her mother aborted her sibling, because had her mother not done that, she wouldn't be here.  Though I believe this young woman's life certainly has value, how can she possibly believe that HER life was more valuable than the sibling who was aborted?  WE. NEED. JESUS!

We also heard wonderful testimonies of redemption and grace, and testimonies about how the abortion industry (and it is an industry) hurt women and families.  We heard experts argue the reality that babies can in fact feel pain during an abortion procedure.  Senator Donna Campbell, who is also an ER physician gave powerful evidence to this fact.

It was wonderful, and heartbreaking, to be involved in the legislative process.

Once we testified, we left the Capitol to head back to the hotel and to grab lunch.  As we were making our way back to the Capitol for the big #Stand4Life Rally, we were involved in a car accident.  Thankfully, no one was hurt, but it did shake us up a bit.  At that point, we had a lot to do to figure things out since we were out of town, and we missed the rally.  Donna's daughter came to pick us up, and we headed home. 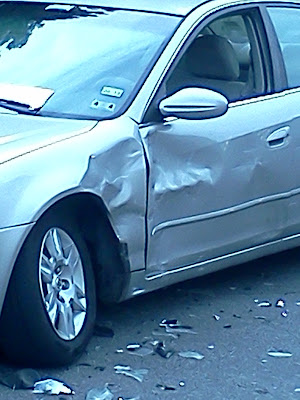 Although we missed the rally, we were grateful to have been there to participate in an important aspect of passing this bill.  We heard the rally was a huge success and we're so thankful for the thousands of people who came out to support life. 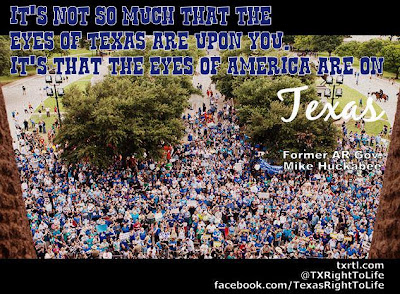 House Bill 2 PASSED last night after 10 hours of debate and amendments.  To God be the Glory!  Tomorrow, Thursday, July 11th, it will go before Texas Senate.  Please pray that eyes would be opened and hearts would be softened.  Pray that Senate will pass SB1!


"Before I formed you in the womb I knew you, before you were born I set you apart..."
Jeremiah 1:5
"For you created my inmost being; you knit me together in my mother’s womb.  I praise you because I am fearfully and wonderfully made; your works are wonderful, I know that full well.  My frame was not hidden from you when I was made in the secret place, when I was woven together in the depths of the earth. Your eyes saw my unformed body; all the days ordained for me were written in your book before one of them came to be."
Psalm 139:13-16
Posted by Candace/Chloe at 11:52 AM